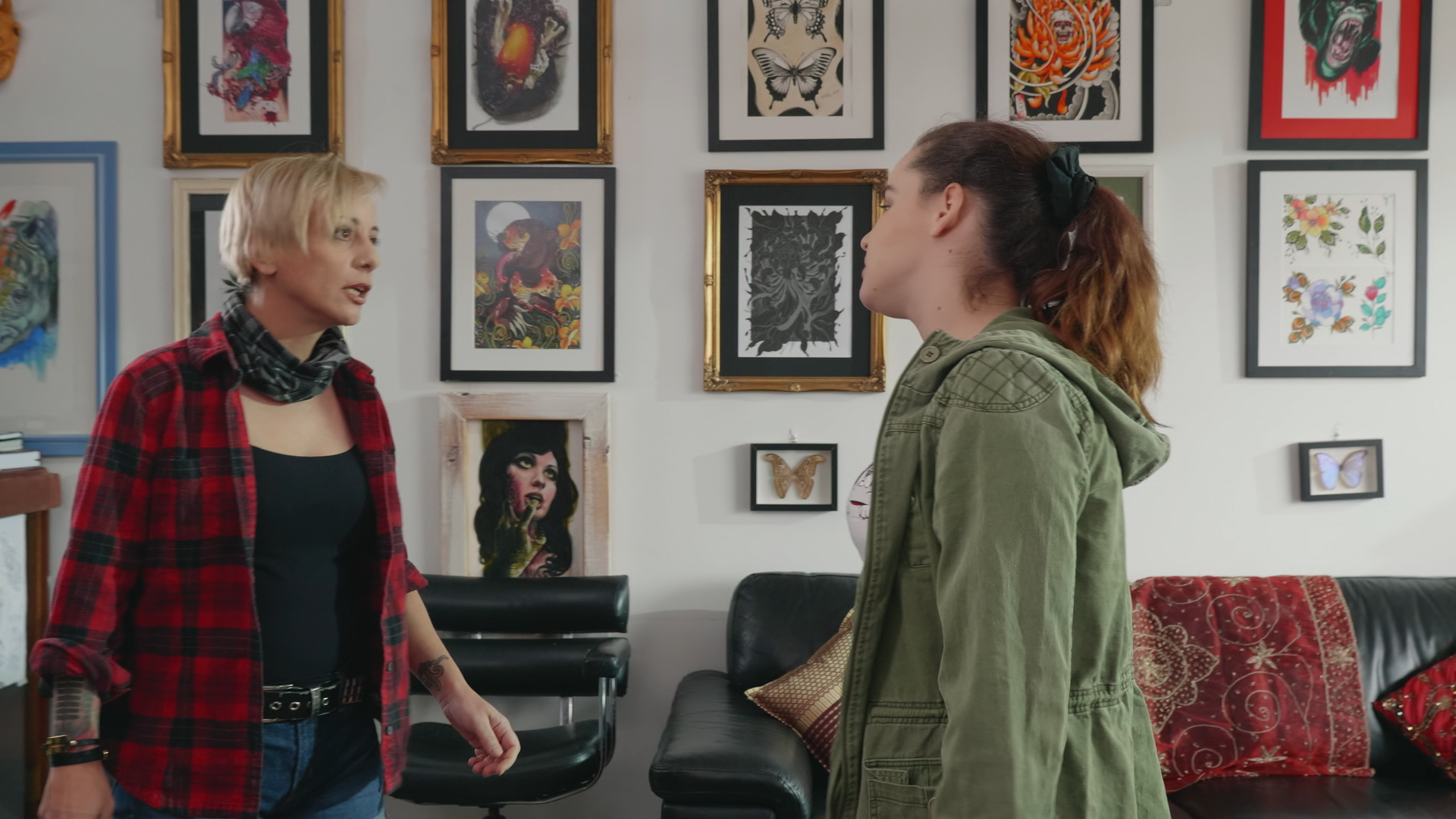 “I hate you.”
“Try and be a little bit friendlier when you’re answering the phone.”

Ink is about single mum and tattoo artist Toni (Eva Grzelak), who must hire her difficult teenage daughter Sam (Camryn Jordans) to work at her studio in order to stay afloat.

I first assistant directed and designed this comical and moving web-series, directed by Johan Bosma and produced by Melisa Daly of Kickass Chick Flicks.

Following my schedule, we finished on time every day and shot in an order that made sense to minimize lighting set ups, costume changes and worked with availability of the magnificent cast.

It was a wonderful experience to shoot in the tattoo studio Ink Wizards, which was a beautiful location to work in. Owner/artist Tom Tait even made a cameo appearance, as well as being responsible for vast amounts of artwork visibly adorning the walls and world of the show. 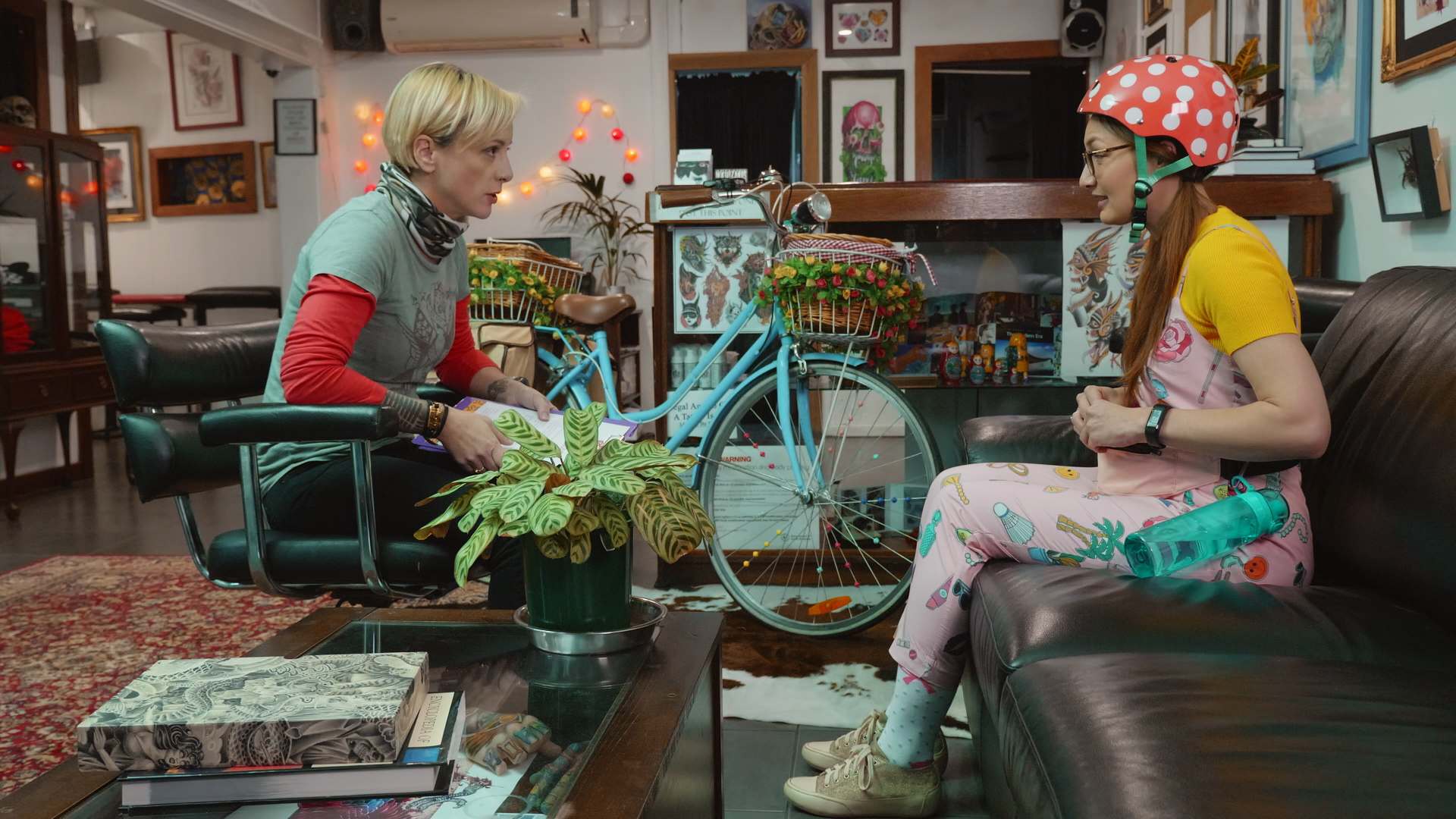 The design highlighted the differences and similarities between the two women. The locations of their house and the studio allowed me to create two spaces that would have been decorated entirely by them. This meant that every element reflected some aspect of their personalities. 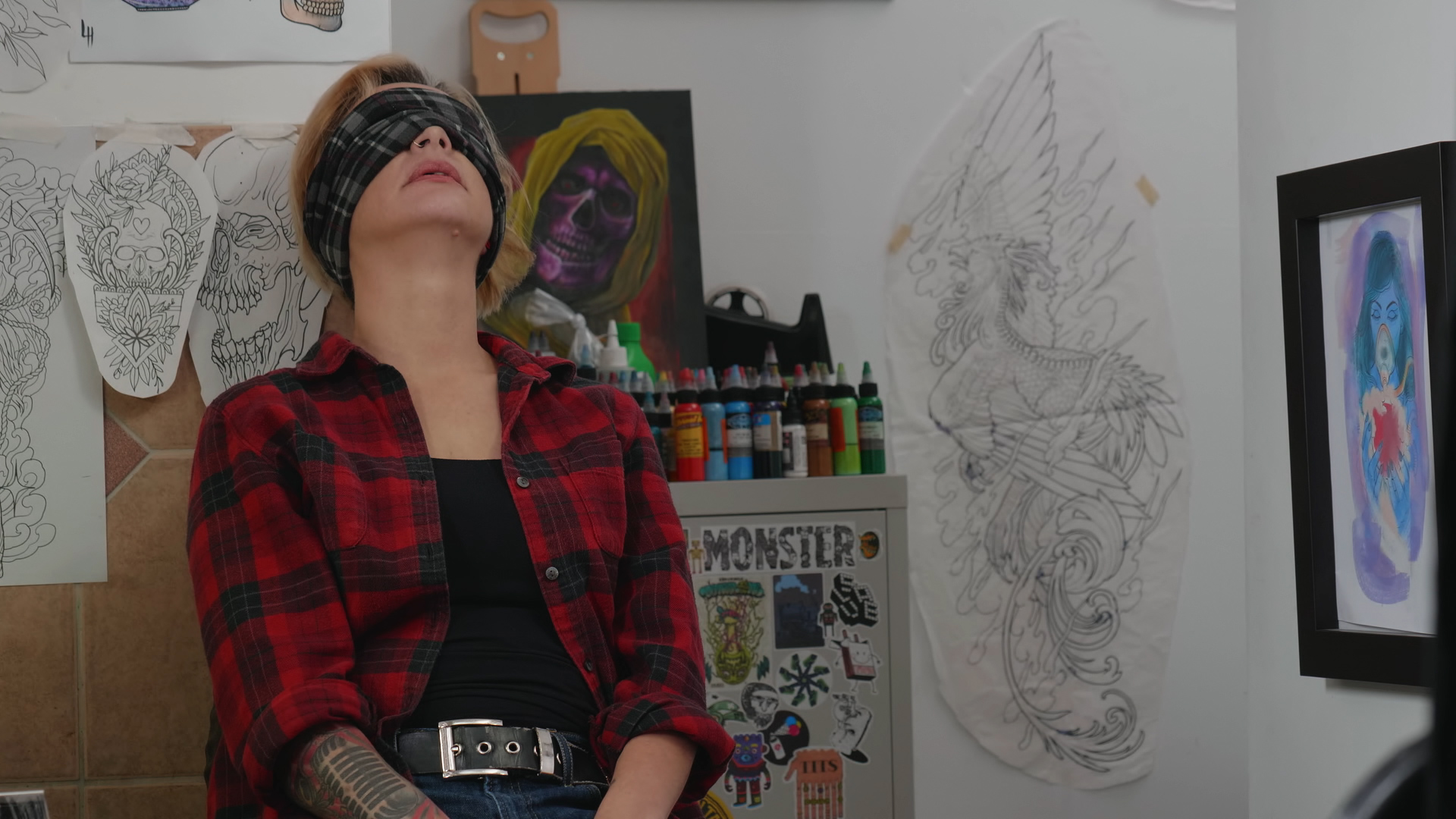 Have a watch of this compelling series on Facebook. At time of writing, each of the three episodes over 10K views.

I N K | E P I S O D E | 1Meet single mum, Toni.Follow her as she juggles a difficult teenager and management of her tattoo studio.

Posted by Kickass Chick Flicks on Wednesday, 2 May 2018