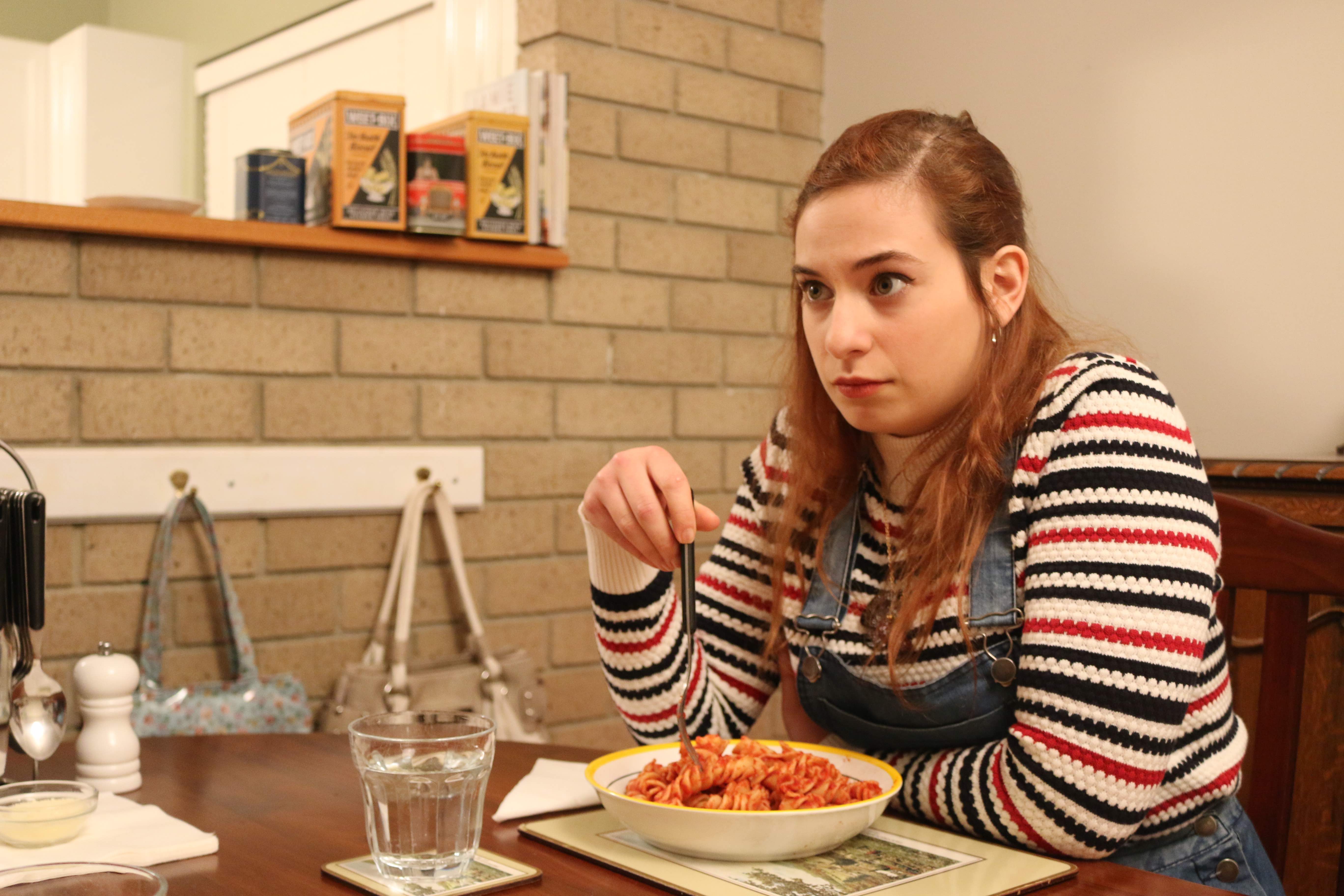 “I think I just flashed someone.”
“Lucky them, getting a free show.”
“Yeah… if the show is maxi-pads fully loaded.”

Jemima the Fish is an uplifting film about Jemima (Ellen Graham, an Adelaide College of the Arts Student in her final year), a girl in her early 20s. One day she brings home a pet fighting fish, and the ensuing 24 hours demonstrates how caring for something else can teach you to take better care of yourself. With a message about persistence, the story follows her as she gains more control over her life and ultimately comes of age.

This film was my Flinders University Honours thesis in 2016. It was co-produced by Emma Hough Hobbs, and shot by Mickey Mason.

Jemima the Fish has been nominated in the category of Best Short Film in the South Australian Screen Awards 2017. Read the press release here, like the film on Facebook, or watch the film now: